TruckQuote.com is a Southern Oregon based company that was founded by a group of individuals with decades of experience in the trucking industry. Truckquote.com is a simple to use, full truck or LTL load quoting service that provides instant quotes, locates drivers and allows the user to effortlessly book a load to be shipped. TQ’s tool is for everyone and was purposely designed to speed up the time it takes to get a quote, easily find reliable trucking at a competitive price and allow the user to track the shipment along the route. The best part, no phone calls required! 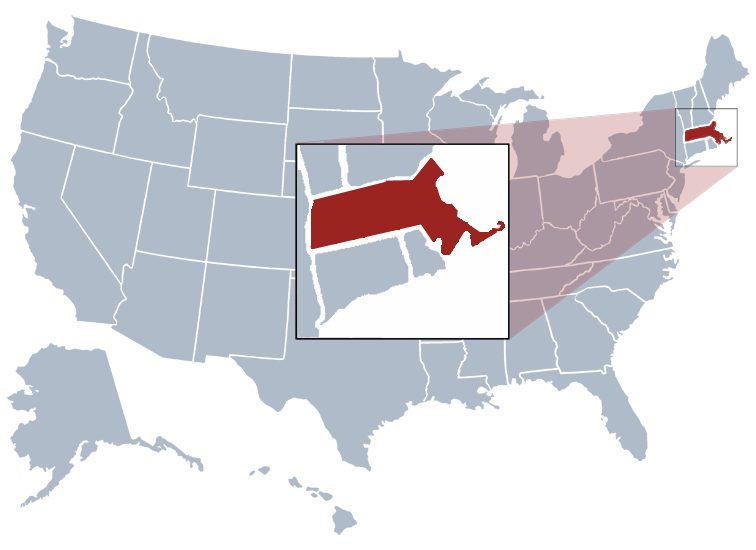 Massachusetts is one of the smaller sized states in the US with most of the population residing in Boston. Boston is home to one of the Nation’s largest ports, catering to all transportation activity, including shipping by truck. There are several interstate highways passing through Massachusetts making it easy to commute through the statewhile helping keep shipping rates down. The state’s high economic activity and proximity to other manufacturing states also helps keep freight rates affordable.If you are need goods transported to or from Massachusetts, Truckquote.com can provide you with instant free quotes, reliable transportation and top of the line customer support.

In 1927, Edwin Perkins invented the powered soft drink Kool-Aid, which to this day, continues to be celebrated throughout the state. From being part of the Oregon Trail, to being home to the Naval Ammunition Depot, the largest US ammunition plant providing 40% of WWII’s ammunition, Nebraska more than plays a part in our great Nation.Nebraska is the leading grain-producer and one of the largest beef, pork and corn producers. The state is composed of two major land regions, the Dissected Till Plains and the Great Plains. Being conveniently located in the middle of the US, truck shippingis a popular form of transporting goods. There is a vast network of interstate highways and U.S. Routes in Nebraska that make itquick and easy for these trucks to get around. For an instant quote on having your commodity moved, contact www.Truckquote.com.